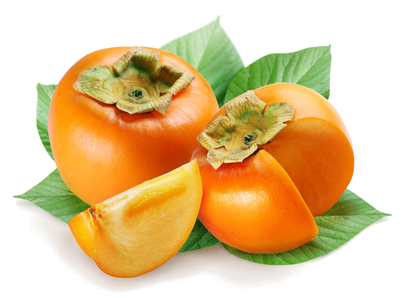 Commercially and in general, there are two types of persimmon fruit: astringent and non-astringent. The heart-shaped Hachiya is the most common variety of astringent persimmon. Astringent persimmons contain very high levels of soluble tannins and are unpalatable if eaten before completely softened, though the sweet, delicate flavor of fully ripened persimmons of varieties that are astringent when unripe is particularly relished. The astringency of tannins is removed in various ways. Examples include ripening by exposure to light for several days and wrapping the fruit in paper (probably because this increases the ethylene concentration of the surrounding air). Ethylene ripening can be increased in reliability and evenness, and the process can be greatly accelerated by adding ethylene gas to the atmosphere in which the fruit is stored. For domestic purposes, the most convenient and effective process is to store the ripening persimmons in a clean, dry container together with other varieties of fruit that give off particularly large quantities of ethylene while they are ripening; apples and related fruits such as pears are effective, and so are bananas and several others. Other chemicals are used commercially in artificially ripening persimmons or delaying their ripening. Examples include alcohol and carbon dioxide, which change tannin into the insoluble form. Such bletting processes sometimes are jump-started by exposing the fruit to cold or frost. The resultant cell damage stimulates the release of ethylene, which promotes cellular wall breakdown. This is a sound, ripe kaki, soft enough for one to lift the calyx out cleanly and split the fruit for eating A whole Jiro persimmon fruit and a cross-section of one. Astringent varieties of persimmons also can be prepared for commercial purposes by drying. Tanenashi fruit will occasionally contain a seed or two, which can be planted and will yield a larger, more vertical tree than when merely grafted onto the D. virginiana rootstock most commonly used in the U.S. Such seedling trees may produce fruit that bears more seeds, usually 6 to 8 per fruit, and the fruit itself may vary slightly from the parent tree. Seedlings are said to be more susceptible to root nematodes.

In 2013, world production of persimmons was 4.6 million tonnes, with China accounting for 43% of this total. Other major producers include the Republic of Korea, Japan, Brazil and Azerbaijan.