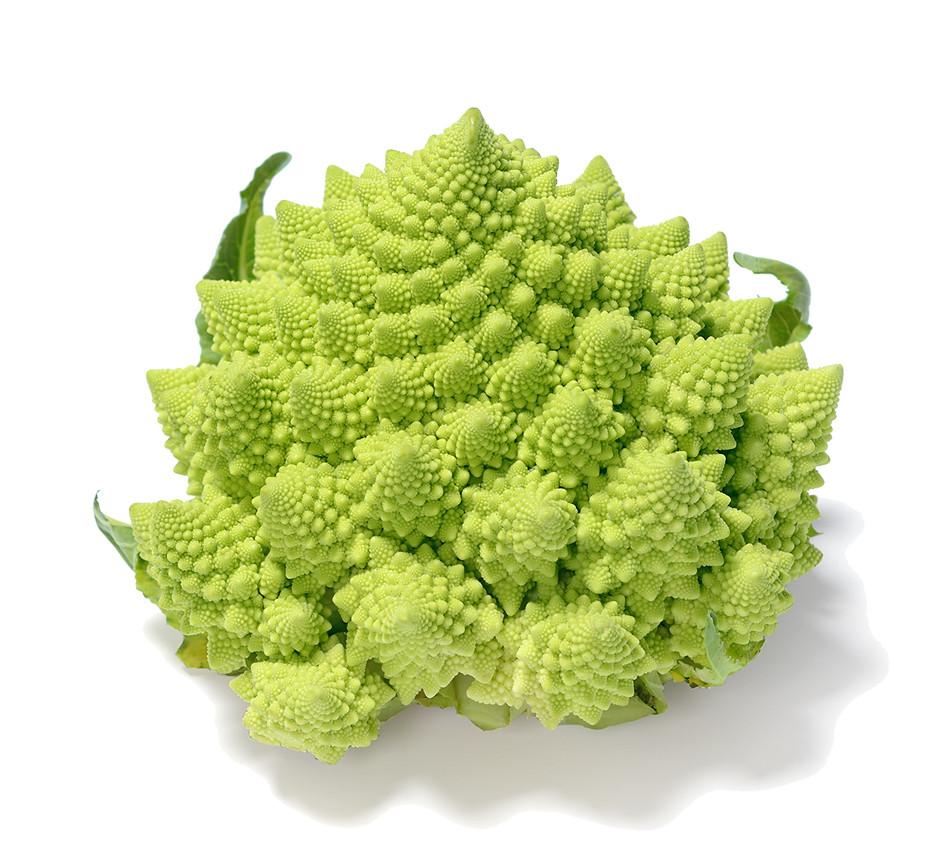 
Romanesco broccoli, also known as Roman cauliflower, Broccolo Romanesco, Romanesque cauliflower or simply Romanesco is an edible flower bud of the species Brassica oleracea. First documented in Italy, it is chartreuse in color. Romanesco has a striking appearance because its form is a natural approximation of a fractal. When compared to a traditional cauliflower, its texture as a vegetable is far more crunchy, and its flavor is not as assertive, being delicate and nutty. The Romanesco has been grown in Italy since the 16th century.

Romanesco superficially resembles a cauliflower, but it is chartreuse in color, and its form is strikingly fractal in nature. The inflorescence (the bud) is self-similar in character, with the branched meristems making up a logarithmic spiral. In this sense the bud's form approximates a natural fractal; each bud is composed of a series of smaller buds, all arranged in yet another logarithmic spiral. This self-similar pattern continues at several smaller levels. The pattern is only an approximate fractal since the pattern eventually terminates when the feature size becomes sufficiently small. The number of spirals on the head of Romanesco broccoli is a Fibonacci number.Nutritionally, romanesco is rich in vitamin C, vitamin K, dietary fiber, and carotenoids. The causes of its differences in appearance from the normal cauliflower and broccoli have been modeled as an extension of the preinfloresence stage of bud growth, but the genetic basis of this is not known.