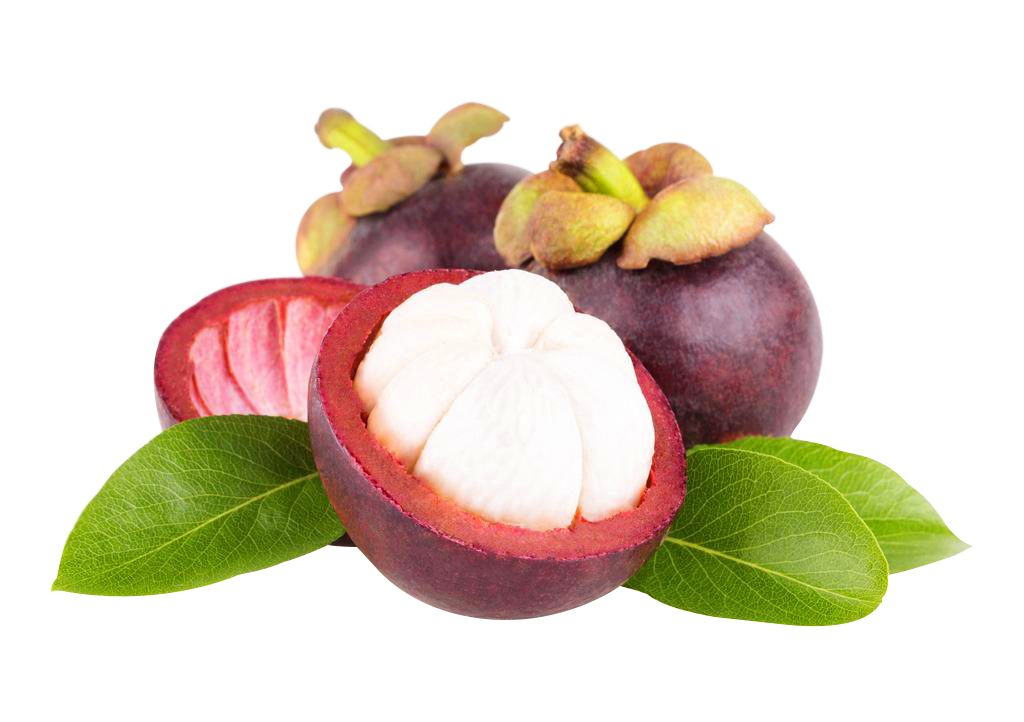 
Mangosteen is a tropical evergreen tree believed to have originated in the Sunda Islands of the Malay archipelago and the Moluccas of Indonesia. It grows mainly in Southeast Asia, southwest India and other tropical areas such as Puerto Rico and Florida, where the tree has been introduced. The tree grows from 6 to 25 m (19.7 to 82.0 ft) tall. The fruit of the mangosteen is sweet and tangy, juicy, somewhat fibrous, with fluid-filled vesicles (like the flesh of citrus fruits), with an inedible, deep reddish-purple colored rind (exocarp) when ripe. In each fruit, the fragrant edible flesh that surrounds each seed is botanically endocarp, i.e., the inner layer of the ovary. Seeds are almond-shaped and sized.

Mangosteen is a native plant to Southeast Asia. Highly valued for its juicy, delicate texture and slightly sweet and sour flavour, the mangosteen has been cultivated in Malaysia, Borneo, Sumatra, Mainland Southeast Asia, and the Philippines since ancient times. The 15th-century Chinese record Yingya Shenglan described mangosteen as mang-chi-shih (derived from Malay Language manggis), a native plant of Southeast Asia of white flesh with delectable sweet and sour taste. A description of mangosteen was included in the Species Plantarum by Linnaeus in 1753. The mangosteen was introduced into English greenhouses in 1855.[8] Subsequently its culture was introduced into the Western Hemisphere, where it became established in West Indies islands, especially Jamaica. It was later established on the Americas mainland in Guatemala, Honduras, Panama, and Ecuador. The mangosteen tree generally does not grow well outside the tropics.

The endocarp is the white part of the fruit containing a mild flavor that makes the fruit popular for eating. When analyzed specifically for its content of essential nutrients, however, mangosteen nutrition is modest, as all nutrients analyzed are a low percentage of the Dietary Reference Intake (see table for canned fruit in syrup, USDA Nutrient Database; note that nutrient values for fresh fruit are likely different, but have not been published by a reputable source).